This is a found reel-to-reel recording apparently recorded on site in 1966 during a Yale music student’s degree performance. Quality is not bad for what’s essentially a field recording at 3 3/4 ips on a 4″ reel.

The Little Orchestra in Sonovox- Pop Goes the Weasel/Mary Had a Little Lamb, from

Charles Dodge- He Destroyed her Image, from OHM: The Early Gurus of Electronic Music, 1948-1980

David Sylvian- the Only Daughter, from Blemish

Kraftwerk- The Model, from The Man-Machine

Orchestral Manoeuvres in the Dark- Time Zones, from Dazzle Ships

In November of 1963, young American avant-garde composer William Sydeman was enjoying his major debut. Erich Leinsdorf was conducting a performance of his “Study #2” by the Boston Symphony Orchestra. During the performance, word made it to the concert hall about JFK’s assassination. Leinsdorf stopped the performance and made the announcement to a stunned audience. Leinsdorf found copies of the sheet music for Beethoven’s 3rd symphony, and led the orchestra in a performance of the slow movement- the funeral march- in memoriam. You can read more of the story here as well as hear part of that broadcast.

Three years later, to mark the third anniversary of JFK’s passing, Sydeman debuted a new piece called In Memoriam: J.F. Kennedy. It features a young-sounding EG Marshall reading from a speech of Kennedy’s. Once again, as in the interrupted broadcast, the performers are the Boston Symphony conducted by Erich Leinsdorf.

According to the liner notes, this performance was recorded live over the radio. Volume levels are a little erratic, I did my best to level them out. I do hope you enjoy this stirring piece. 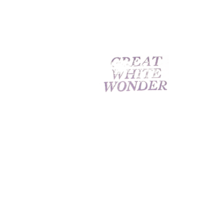 This is a partial recording off the radio of an audio career retrospective of Bob Dylan. There is quite a lot of commentary by Dylan biographer Anthony Scaduto. We can only speculate about where the story begins, but it’s clear the taper started late, just as the Basement Tapes story begins. In fact, it seems that perhaps the whole rationale for the special was the emergence of what is arguably rock music’s first bootleg release.

There were no program notes accompanying this Scotch 111 7-inch reel, but one thing we can tell for sure is this radio program came out after the release of Self Portrait in 1970 and before the official Columbia release of selected Basement Tapes in 1975. In the recording, Scaduto says more than once what a “pity” it was that the tapes had not been released officially.

After some introduction, four tracks from the Basement Tapes appear. The versions confirm these were bootlegged copies at the time of the radio production. “Nothing Was Delivered” is not the official Basement Tapes version- the only exposure the world at large would have to it for decades would be the plain white labeled “Great White Wonder” bootleg which appeared mysteriously at some record stores in 1969. Several radio stations picked up on this fairly quickly. The special featured here was probably not one of these first-line broadcasts; it does seem to be something produced in reaction to the release, though, apparently within a few years of the appearance of the bootleg. The version here is labeled “Take 2” on various later CD bootlegs such as The Complete Basement Tapes and A Tree With Roots.

After playing four tracks, plus a cover of “Too Much of Nothing” by Peter, Paul and Mary, the story continues with released material. The tape ends as we arrive at Self Portrait. Here’s a complete list of the tracks included:

Nothing was Delivered- Bob Dylan and the Band (unreleased version, alternate lyrics)

Too Much of Nothing- Peter Paul and Mary

All Along the Watchtower- Bob Dylan (John Wesley Harding)

Take a Message to Mary- Bob Dylan (Self Portrait) 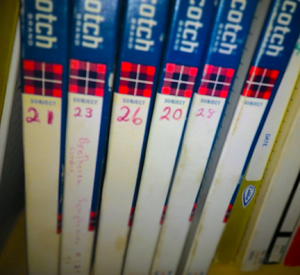 This is the first installment of a series that will explore the contents of a reel-to-reel tape collection I acquired quite by accident. I’ve had reel to reel machines for years, and occasionally I re-stock tape by taking old reels off of people’s hands. This particular transaction was nothing unusual. I knew the tapes were old and used. They were part of the seller’s parents’ estate. Some notes were associated with the tapes, and as I thought they might contain info about their condition, I asked him to include them in the box.

The postman dropped off a big, heavy box about two weeks later. Inside were 63 tapes. The “notes” turned out to be a meticulous accounting of everything on all the reels, including index numbers for EVERY track. Program notes. Artists and composers. The collection is predominantly Classical, and in mono. A chunk is recorded from album, but a goodly portion was recorded from public radio stations in the New York City area in the 1960s. There are some host 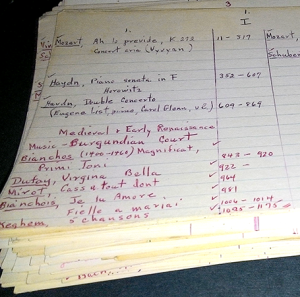 announcements, but like you find in many carefully assembled personal collections, the announcer has been removed except when they share biographical information about the composer or performers. I am still sifting through this treasure, listening for station IDs. I figure across 63 tapes recorded one program per track, two tracks per side, somewhere in there the taper neglected to cut out station information, and I will find it.

As I find interesting things, I will upload them to the cloud and share them here. I’ll be starting with something quite interesting and atypical in the collection, so do tune in next time.